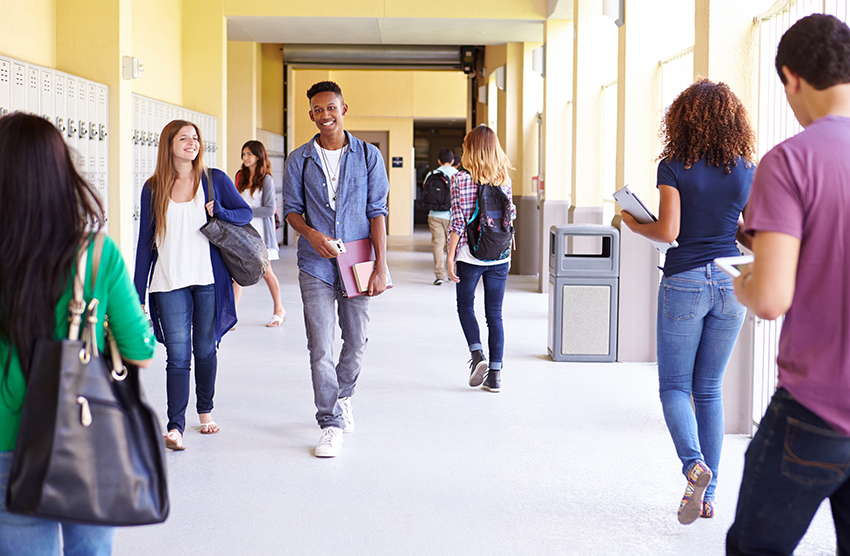 Our purpose at Audio Enhancement is to make classrooms more effective and ease the burden resting on educators’ shoulders. EPIC (Education Paging & Intercom Communications) System™ was developed in response to concerns and frustrations that K-12 educators had when working with their intercom, paging, and bells systems. When developing EPIC System, our goal was to create an intuitive and easy-to-use product that administrators could customize to fit their needs. This goal was realized in the experience Morgan County High School had in implementing and using EPIC System.

Morgan County High School serves 9–12th grade students in Morgan County Charter School System in Madison, Georgia. It is a wall-to-wall college and career academy, focusing on helping students discover a love of learning and preparing for future careers. In October 2018, they moved into a new building and began using Audio Enhancement’s EPC System™, Classroom Audio solutions, SAFE System™, and VIEWpath®. We had the opportunity to discuss their implementation of EPIC System with Jennifer Butler, Morgan County’s CTAE Director.

Ms. Butler has worked in education since 1996 and has been with Morgan County since 2006. In her time as an educator, she has observed that schools lack flexibility in their communication systems. Typical systems don’t allow for much customization and can be difficult to use. Zones and bell tones are generally predetermined and can’t be changed by educators at the school. A year before Morgan County moved into a new building, they heard about EPIC System. When their team saw the system offered fully customizable zones, room-to-room intercom, and a touchscreen interface, they hoped it would offer them increased flexibility. Did it work out like they wanted? According to Ms. Butler, “Our hopes were realized tenfold.”

Morgan County HS moved into their new school over Fall Break, so their time to learn the system before using it on a day-to-day basis was limited. Fortunately, with very little training, teachers and staff were ready to use EPIC System with confidence. Ms. Butler said, “It is almost plug and play, in my opinion. If you have any technical background, it is a very simple process to learn. If you are intimidated by technology, a short training session is sufficient.” The simplicity of EPIC System allowed them to welcome students back after Fall Break and move forward assured that they could efficiently manage the system.

One of the features of EPIC System most used and appreciated by Morgan County is the ability to fully customize zones for paging and bells. Administrators can create zones in any configuration needed, from an entire floor to a single classroom. “This has been a game changer,” said Ms. Butler. “We have set up zones for PSAT testing, EOC testing, AP testing, ASVAB testing.” This allows them to keep a particular hallway silent from bells while the rest of the school continues with its regular schedule. They also use it to adjust bells in the auditorium to avoid disrupting a play or events being held.

Another feature of EPIC System utilized by Morgan County is customizable bell tones. They appreciate the option to set specific songs for specific events so students and teachers know what to expect. They also change bells for holidays and special events to create a fun atmosphere for everyone at the school.

At the end of our interview, when asked if there was anything else she’d like to share about her experience with EPIC System, Ms. Butler said, “I believe it has been one of our best purchases for our system. The areas that have been affected by this system—bells, paging, intercom and safety—are areas that are taken for granted by most people, but they are very important to a school. This has provided us a sense of protection that is so important and the ability to limit unnecessary classroom disruptions has helped morale.”

“I believe it has been one of our best purchases for our system.”

From the first development of EPIC System, our goal was to make life easier and schoolwide communication more efficient for K-12 educators. We are so happy to hear that EPIC System is doing exactly what it was designed to do for educators at Morgan County High School!