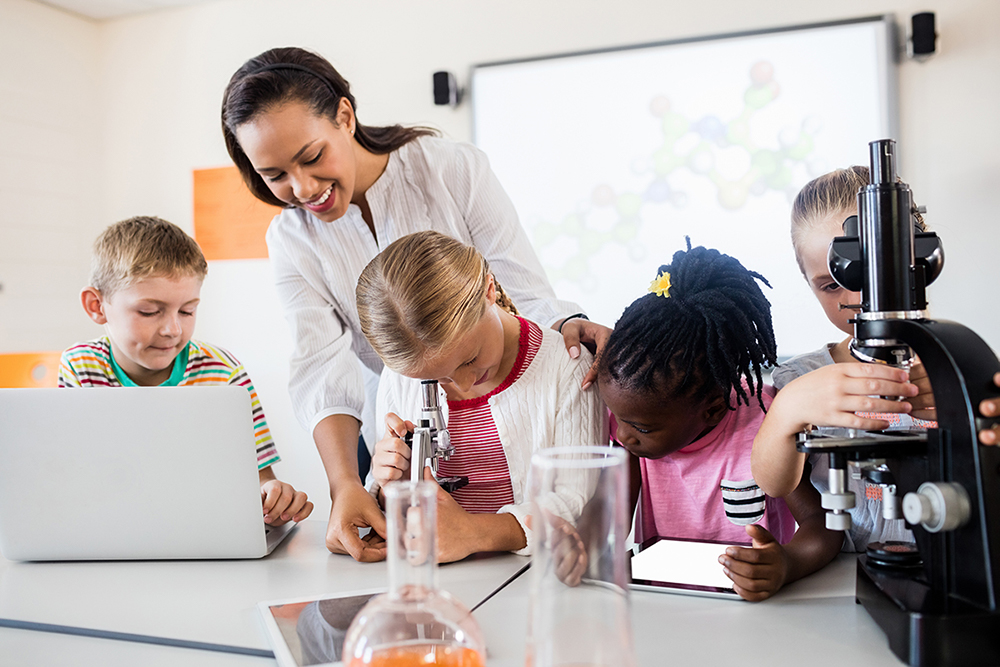 In 2014, Newton-Conover Middle School in Conover, North Carolina experienced the biggest drop in student performance in the state. In terms of student growth, the school fell 17 points on the state-mandated Growth Index, more than two standard deviations below the mean.

“Statistically speaking, we would have been almost as well off if we hadn’t taught them at all,” describes Dr. David Stegall, Superintendent of Newton-Conover Schools. Furthermore, discipline referrals were at an all-time high.

In addition to personnel changes and adopting PBIS, Newton-Conover Middle School implemented three key Audio Enhancement technologies in the 2015-2016 school year: Classroom Audio Systems, classroom video systems (VIEWpath), and classroom SAFE Systems. By the end of the year, students were meeting expected growth, discipline referrals were reduced by 72%, and in 2017, Newton-Conover Middle School was named a National School to Watch.

“If you ask students, they feel like it’s a different building than it was two years ago,” says Dr. Stegall.

Audio Enhancement’s Classroom Audio System was installed in every classroom in Newton-Conover Middle School. Each teacher was given a Teacher Microphone to wear, which allowed every student to hear and understand clearly.  Sound field amplification systems have been shown to drastically improve student performance—one study found that students in amplified classrooms did 10% better on standardized tests than students in unamplified rooms.

Each classroom was also equipped with VIEWpath, an innovative classroom video system with a 360-degree network-based camera.  Teachers were able to record their lessons for their own personal reflection, for professional development in Professional Learning Communities (PLCs), and to share with students in In-School Suspension (ISS).  “Being able to access that in In-School Suspension and seeing their class live, does not count as a suspension day in North Carolina, because they have access to their instruction, so we are able to remove behavior without losing the day of instruction for the student,” said Dr. Stegall. Researchers at Harvard University  have found that classroom video improves the quality of feedback from administrators to teachers and helps teachers accept correction with less resistance.1

Along with microphones and cameras, every classroom was outfitted with the SAFE System, an emergency alert system that provides the teacher with a panic button on the microphone.  In case of emergency, the teacher presses the button, and an alert is sent to administrators and first responders, along with an audio and video stream from the camera and microphone.  Additionally, the camera records what is going on in the classroom 24 hours a day. (Parents, teachers, and students were all notified that recording would take place.) Dr. Stegall explains how having a camera in the classroom “leveled the playing field” for faculty and parents.

“Rather than the principal having to investigate student disputes of ‘he said this’ and ‘she said that’,” Dr. Stegall explains, “we can pull up the video, watch, know what happened, and it’s done.  We can send them right back to class.”

•In 2017, Newton-Conover Middle School was named a National School to Watch.